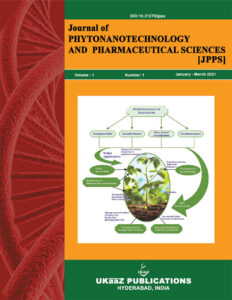 Authorship is a highly sought attribute, as it is associated with recognition for creativity. Authorship of a scientific paper indicates that the authors should be credited with creation of new knowledge, offering new solutions, or providing novel insights. Authorship brings recognition from peers and experts in the field. This way, authorship of a research paper has the potential of offering cascading material benefits. Providing credit to someone who is not qualified as an author or depriving a deserving scientist of authorship credit are grave ethical issues and have serious implications. The Council of Scientific Editors (CSE) describes a range of inappropriate authorships including “guest” authorship, ‘honorary’, or ‘gift’ authorship,‘ghost’ authorship and ‘anonymous’ authorship. As authors are expected to take public responsibility for the article and its content; scientists should not publish their scientific reports under pseudonyms or in an anonymous manner. They are grossly unethical, and therefore, unacceptable.

Plagiarism Policy
Plagiarism is when an author attempts to pass off someone else’s work as his or her own. Duplicate publication, sometimes called self-plagiarism, occurs when an author reuses substantial parts of his or her own published work without providing the appropriate references. This can range from getting an identical paper published in multiple journals, where authors add small amounts of new data to a previous paper.

Plagiarism can be said to have clearly occurred when large chunks of text have been cut-and- pasted. Such manuscripts would not be considered for publication in any journal. But minor plagiarism without dishonest intent is relatively frequent, for example, when an author reuses parts of an introduction from an earlier paper. Editors verify the originality of submitted manuscripts.

If, a case of plagiarism comes to light after a paper is published in journal, the journal will conduct a preliminary investigation. If, plagiarism is found, the journal will contact the author ’s institute and funding agencies. A determination of misconduct will lead journal to run a statement, bidirectionally linked online to and from the original paper, to note the plagiarism and to provide a reference to the plagiarised material. Depending on the extent of the plagiarism, the paper may also be formally retracted.

Article withdrawal, retraction, or removal
Once a scientific paper has been published in a journal, it is usually too late to withdraw it. Regardless of the reason for wanting to withdraw the published paper, the withdrawal will constitute a retraction, and retractions must be reported for readers, so retracting the paper will be a public act that will not simply disappear. It will remain a part of publishing career, and not one with positive implications, so the extreme measure of withdrawing a published paper should not be seriously considered unless it is the only valid option.

A general principle of scholarly communication holds that the editor of a journal is responsible for deciding which articles submitted to the journal are to be published. In making this decision, the editor is guided by journal policies and guided by legal requirements regarding libel, copyright infringement, and plagiarism. Articles that have been published remain extant and unaltered as far as is possible. Very occasionally, circumstances arise in which an article is published that must later be retracted or even removed. Such actions must not be undertaken lightly and can only occur under exceptional circumstances.

Withdrawal of the article
This action is only used for articles in press. Articles in press that include errors or are discovered to be accidental duplicates of other published artiele(s) or are determined to violate publishing ethics guidelines of ICMJE in the view of the editors such as multiple submission, bogus claims of authorship, plagiarism, fraudulent use of data, may be ‘withdrawn’ by the author or the editor of the journal.

Retraction of the article
Article retraction applies to published articles and may occur after infringement on professional codes of ethics, such as multiple submission, plagiarism, and fraudulent use of data. Occasionally, a retraction will be used to correct errors in submission or publication. Standards for dealing with retractions have been developed by a number of scholarly bodies

Articles may be retracted for several reasons such as:

An article is usually only retracted at the audiors’ request or by the publisher in response to an institutional investigation. It is important to note that a retracted articlc is not ‘unpublished’ or ‘withdrawn’ in order for it to be published elsewhere. The reasons for rctraction are usually so serious that the whole study, or large parts of it, are not appropriate for inclusion in the scientific literature anywhere.

The content of a retracted article would only be removed where legal limitations have been placed upon the publisher, copyright holder or author(s). For example, if the article is clearly defamatory or infringes others’ legal rights, or if the article is the subject of a court order. In such cases, the bibliographic information for the article will be retained on the site along with information regarding the circumstances that led to the removal of the content.

Removal of the article
In an extremely limited number of cases, it may be necessary to remove an article from the online database. This will only occur where the article is clearly defamatory or infringes others’ legal rights, fn these circumstances, while the titles and authors will be retained, the electronic text will be replaced with a screen indicating the article has been removed for legal reasons.

Conflicts of interest is also known as ‘competing interests’ occur when issues outside research could be reasonably perceived to affect the neutrality or objectivity of the work or its assessment. This can happen at any stage in the research cycle, including during the experimentation phase, while a manuscript is being written, or during the process of turning a manuscript into a published article.

If unsure, declare a potential interest or discuss with the editorial office. Undeclared interests may incur sanctions. Submissions with undeclared conflicts that are later revealed may be rejected. Published articles may need to be re-assessed, have a corrigendum published, or in serious cases be retracted. For more information on confilicts of interst, see the guidance from the ICMJE and WAME.

Conflicts of interest do not always stop work from being published or prevent someone from being involved in the review process. However, they must be declared. A clear declaration of all possible conflicts, whether they actually had an influence or not – allows others to make informed decisions about the work and its review process.

If conflicts of interest are found after publication, this may be embarrassing for the authors, the editor and the journal. It may be necessary to publish a corrigendum or reassess the review process.